click on underlined bold text to jump to another page
Home : stardust

This webpage is under construction.

origin and abundance of Periodic Table elements that form planets 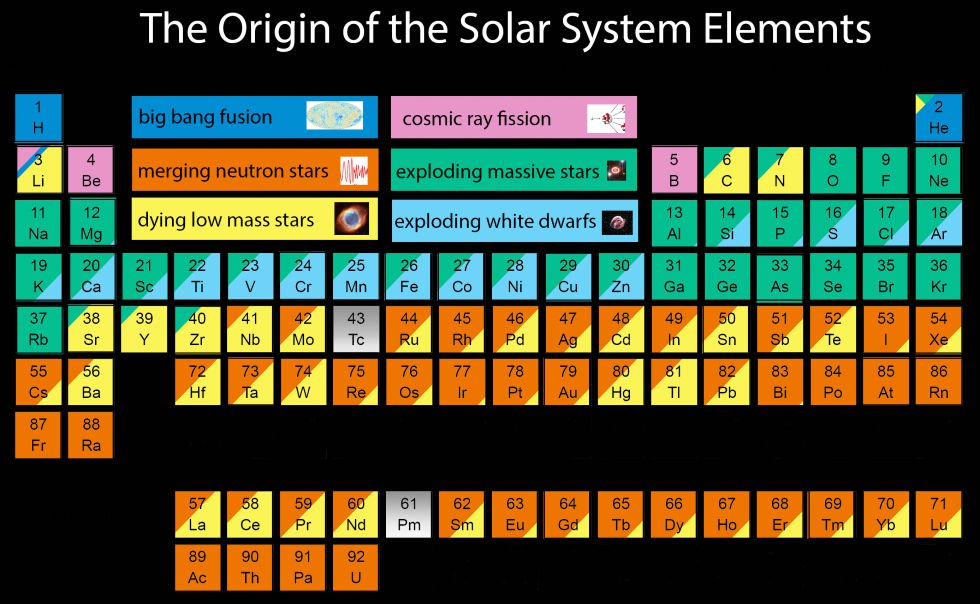 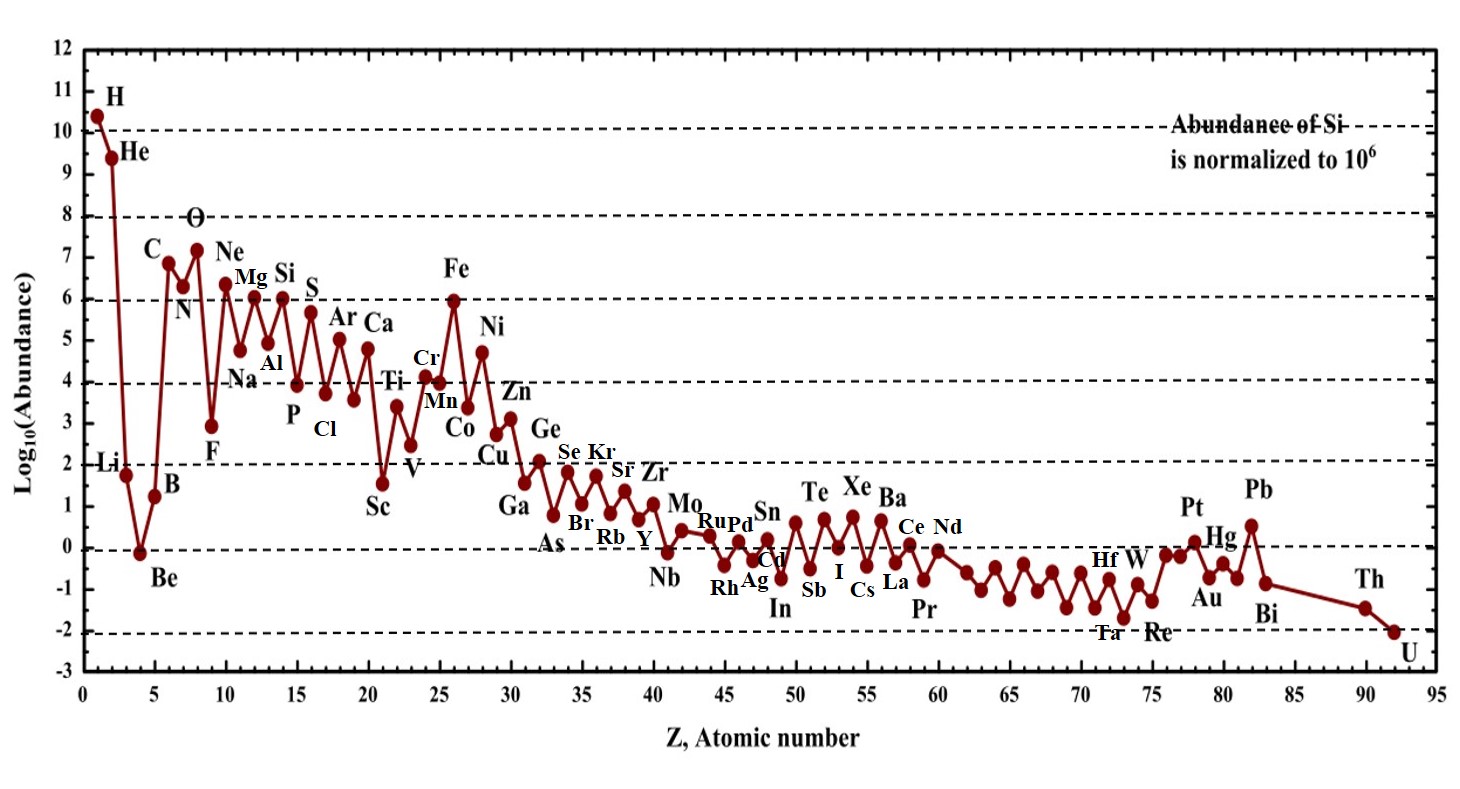 Scientists have found how planet formation occurs from stardust

Much about planet formation is not understood. Astronomers suspect that planets form from a disk of gas and dust that clumps together over time, to form giant planets. There's just one problem: How do you get something the size of a pebble to form something the size of a planet? A new study suggests the solution has to do with something called "dust traps." Read more: http://www.techinsider.io/ 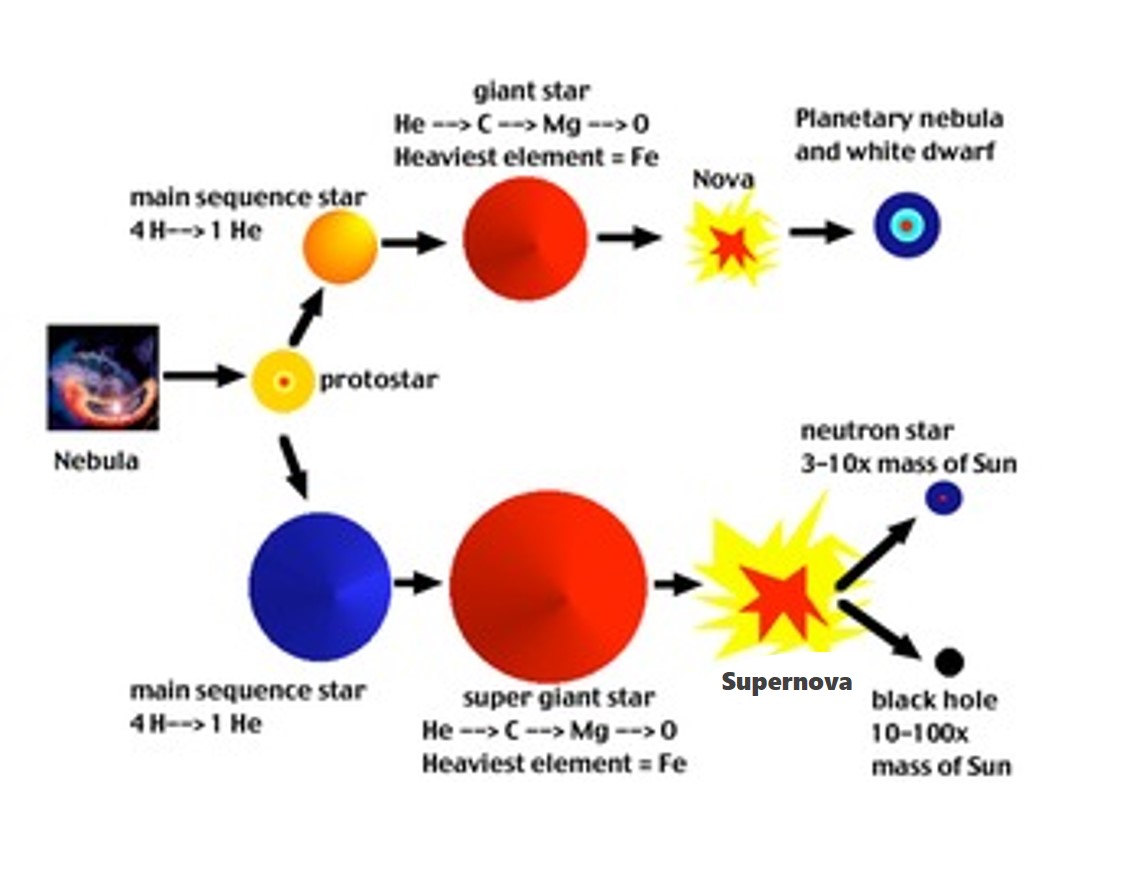 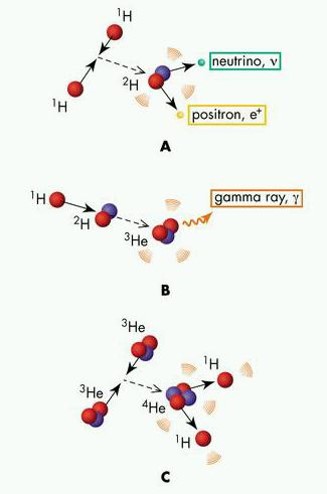 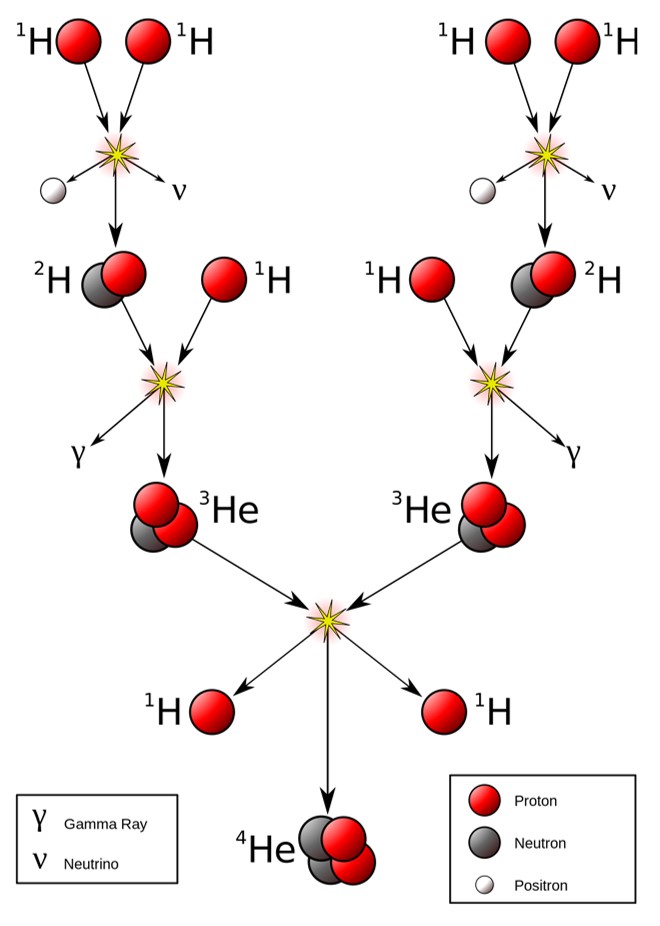 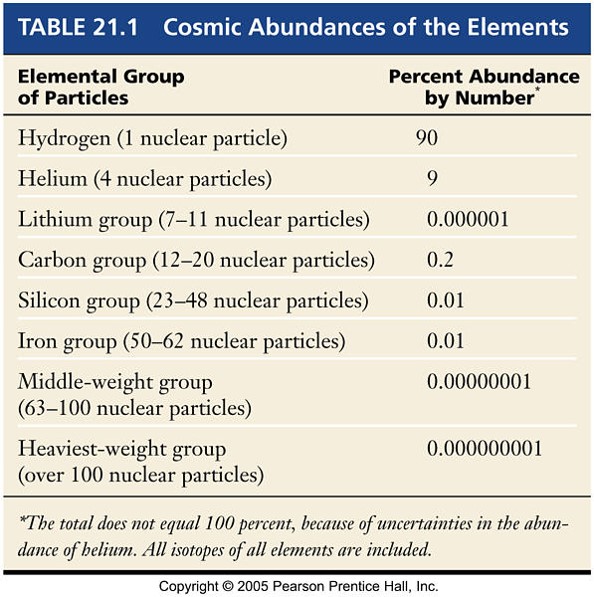 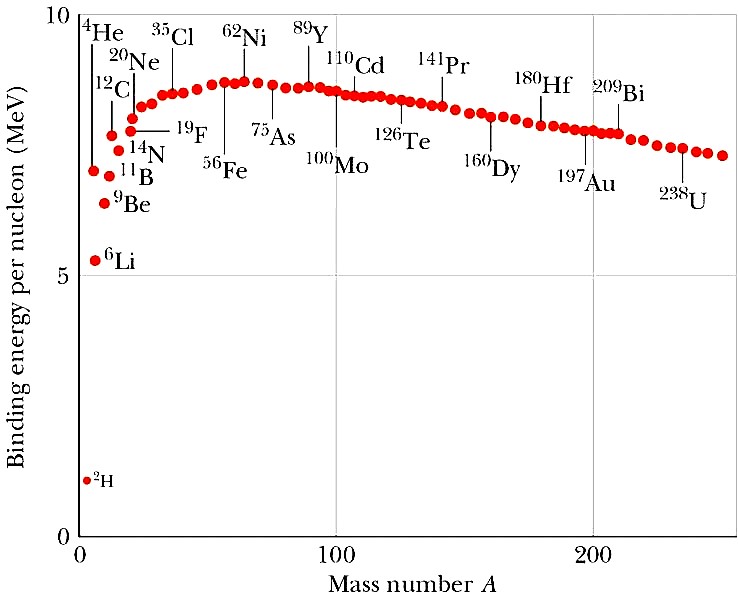 a few microseconds after the Big Bang, our universe had cooled and expanded enough for all of the quarks to condense into baryons, that is protons and neutrons. Protons are the nucleus of the first element hydrogen, so the Periodic Table consisted of one element for several minutes.

During the first second, there was so much radiant energy in the universe that protons could eject a positron and form a neutron, even though the neutron rest mass was slightly greater than the proton's. There were equal numbers of protons and neutrons until the universe cooled enough that neutrons could decay into protons and electrons, but protons were not energetic enough to form neutrons. 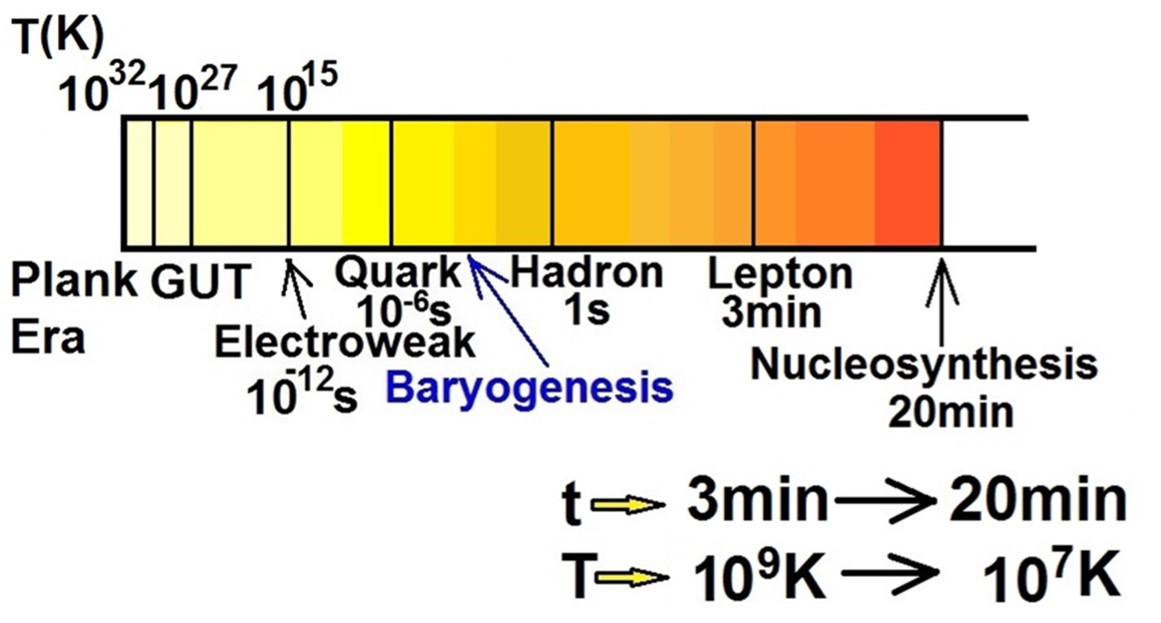 After a few minutes the universe was cool enough that protons and neutrons could fuse into deuterium, tritium, helium 3, and the common helium 4 nuclei, and a trace of the third element lithium. Big Bang fusion was very fast because half of the particles were neutrons which are not repelled by protons. 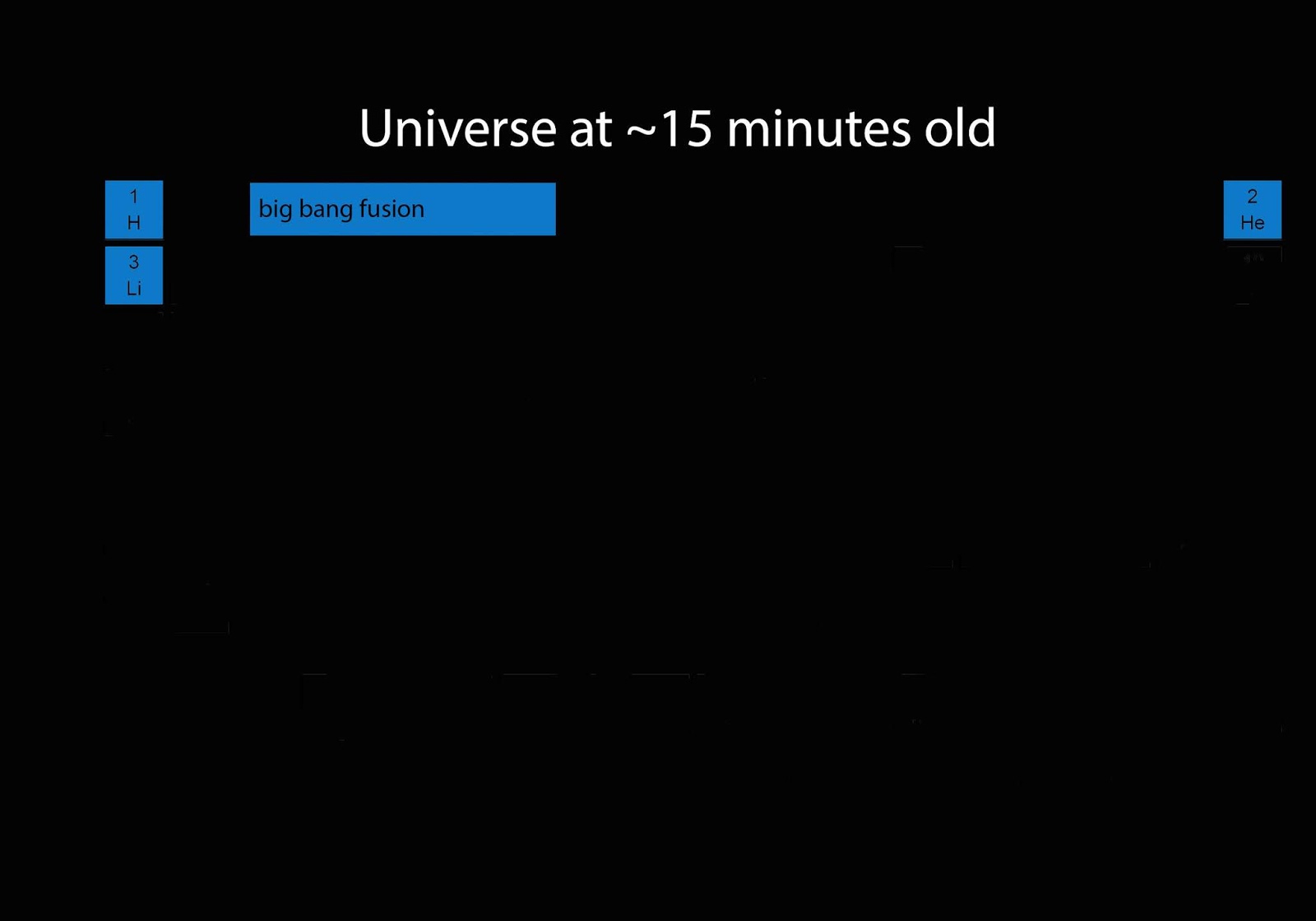 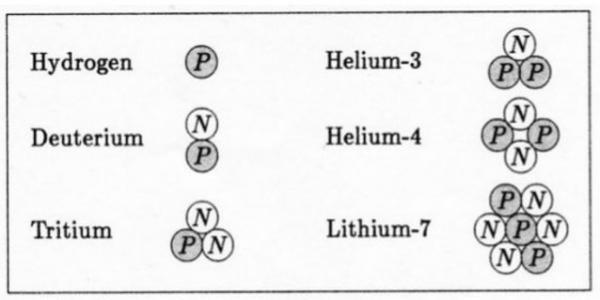 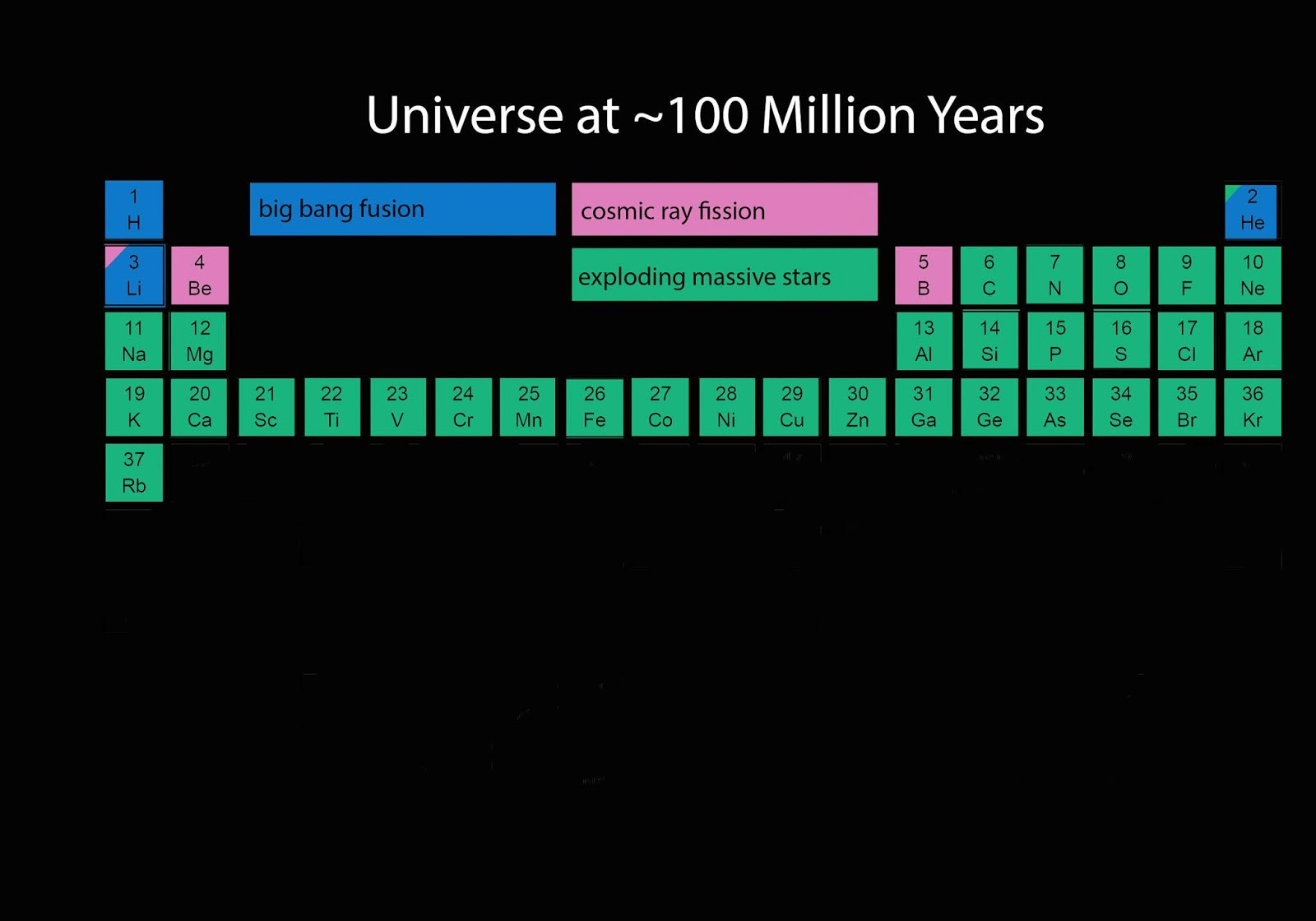 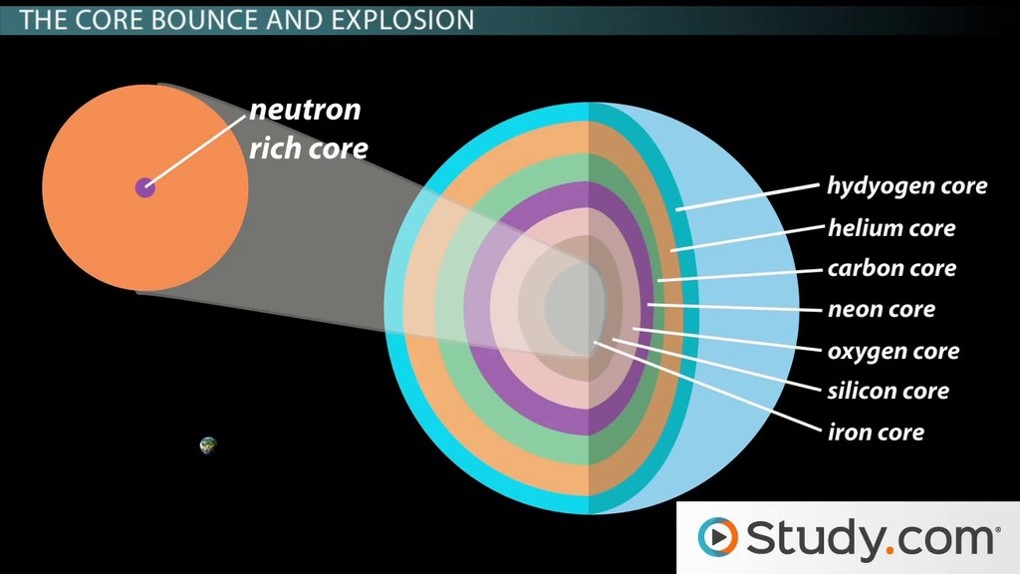 Massive stars fuse heavier elements in their cores than lower mass stars. This leads to the creation of heavier elements up to iron. Iron robs critical energy from the core, causing it to collapse. The shock wave, together with a huge swarm of neutrinos, blast through the star’s outer layers, causing it to explode. The resulting supernova creates even more heavy elements, scattering them through space. Also, happily, we’re in no danger from a nearby supernova. Sep 10, 2015 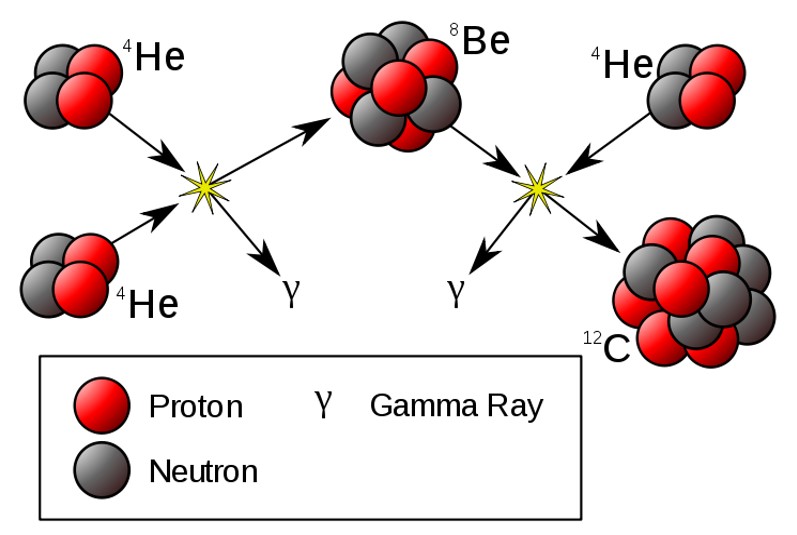 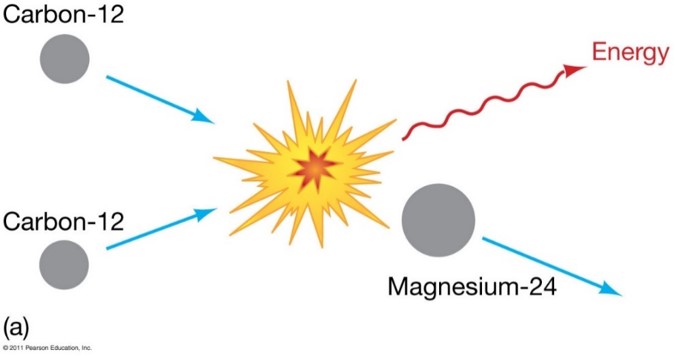 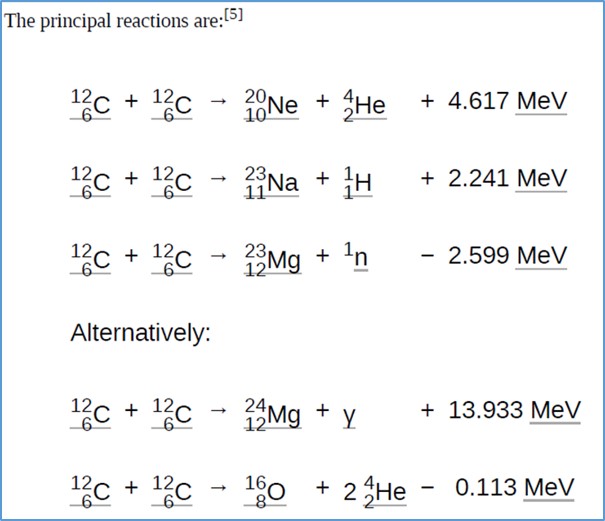 alpha ladder from carbon to iron 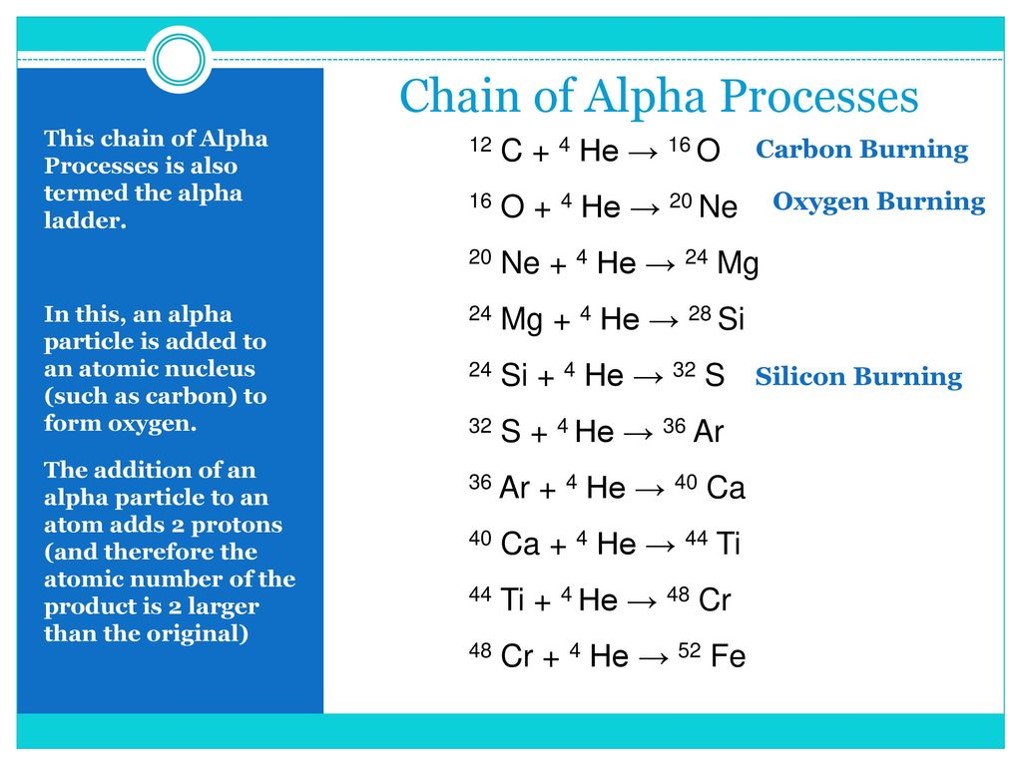 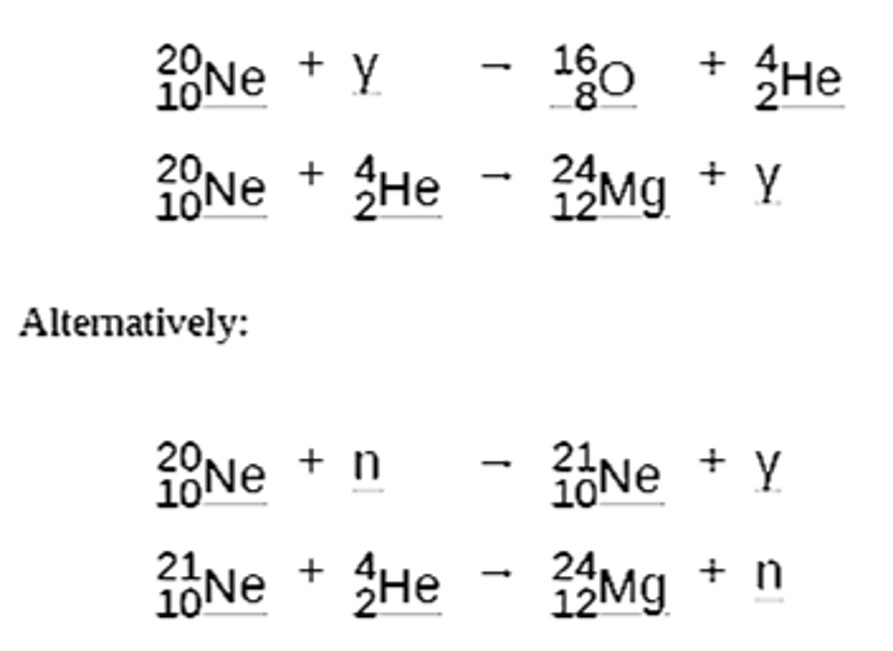 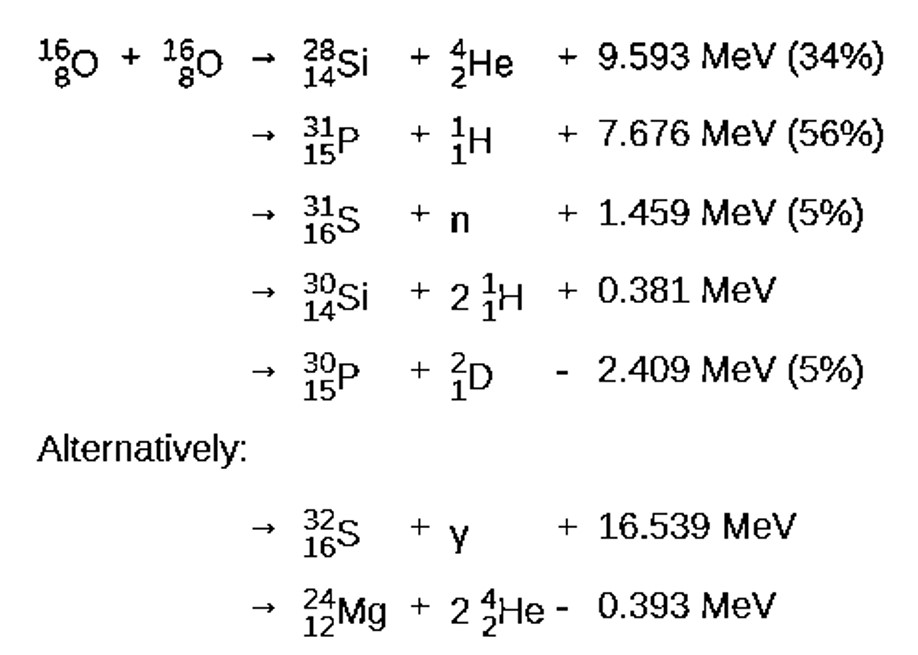 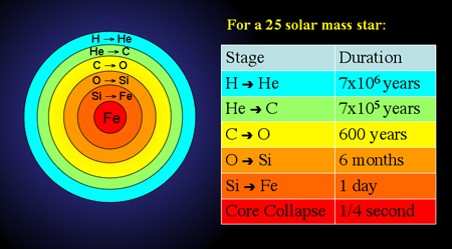 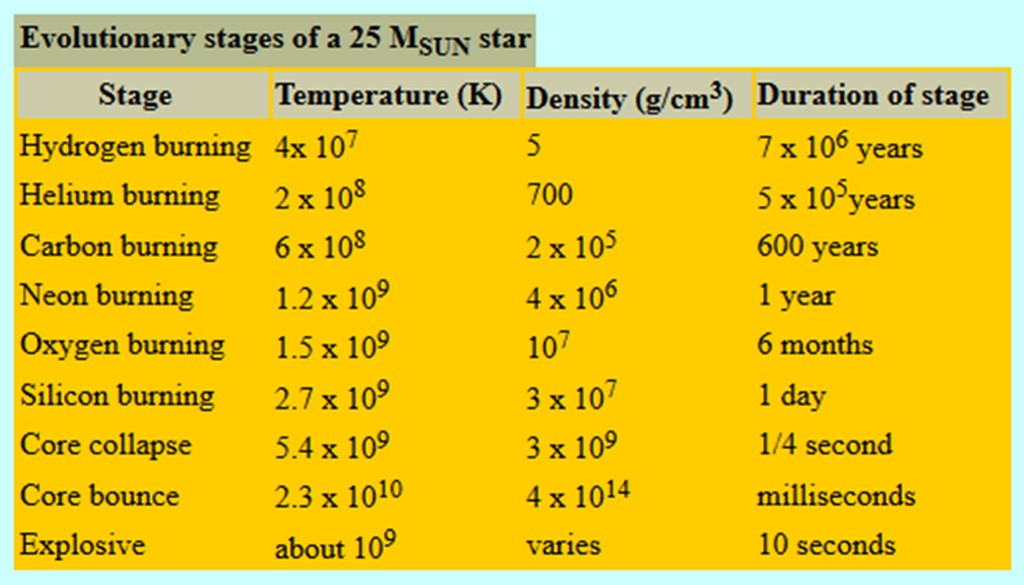 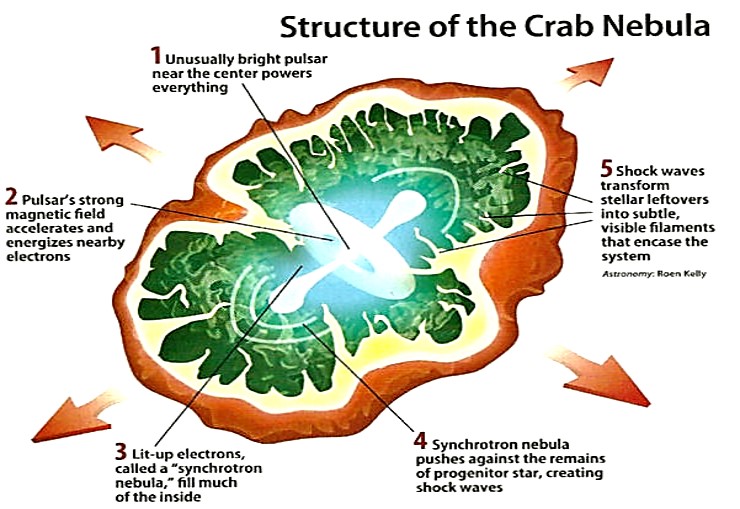 Exploding stars produced cosmic rays cosmic rays synthesize more lithium and all of the beryllium and boron by fission of more massive nuclei. 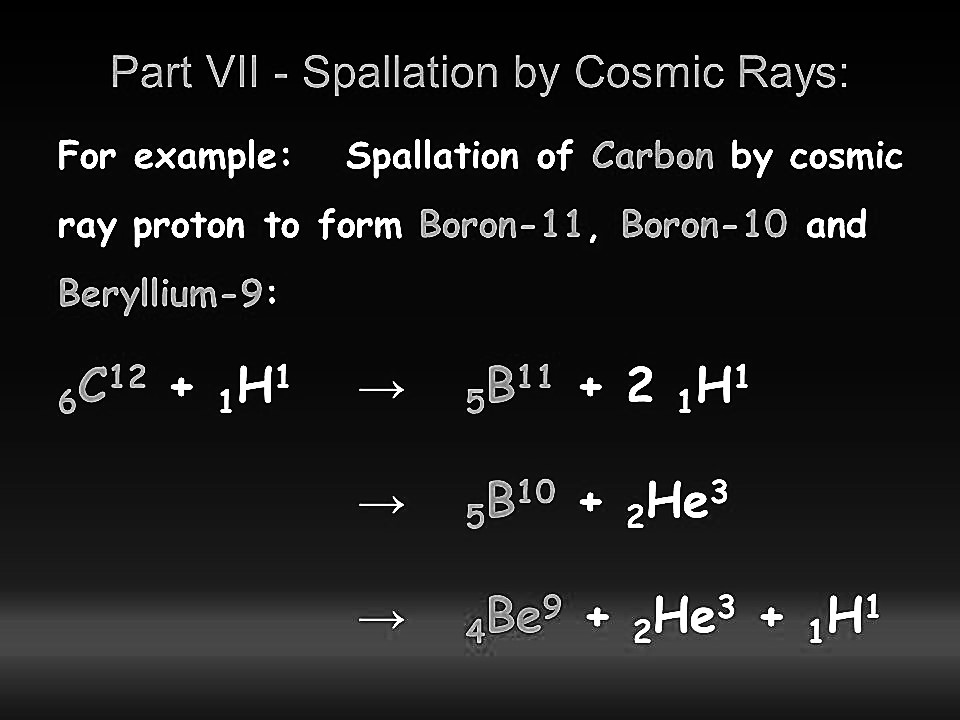 Binary neutron stars that merge with a neutron star or black hole synthesize elements by a rapid neutron capture process. The elements range from strontium to uranium and other short lived isotopes. 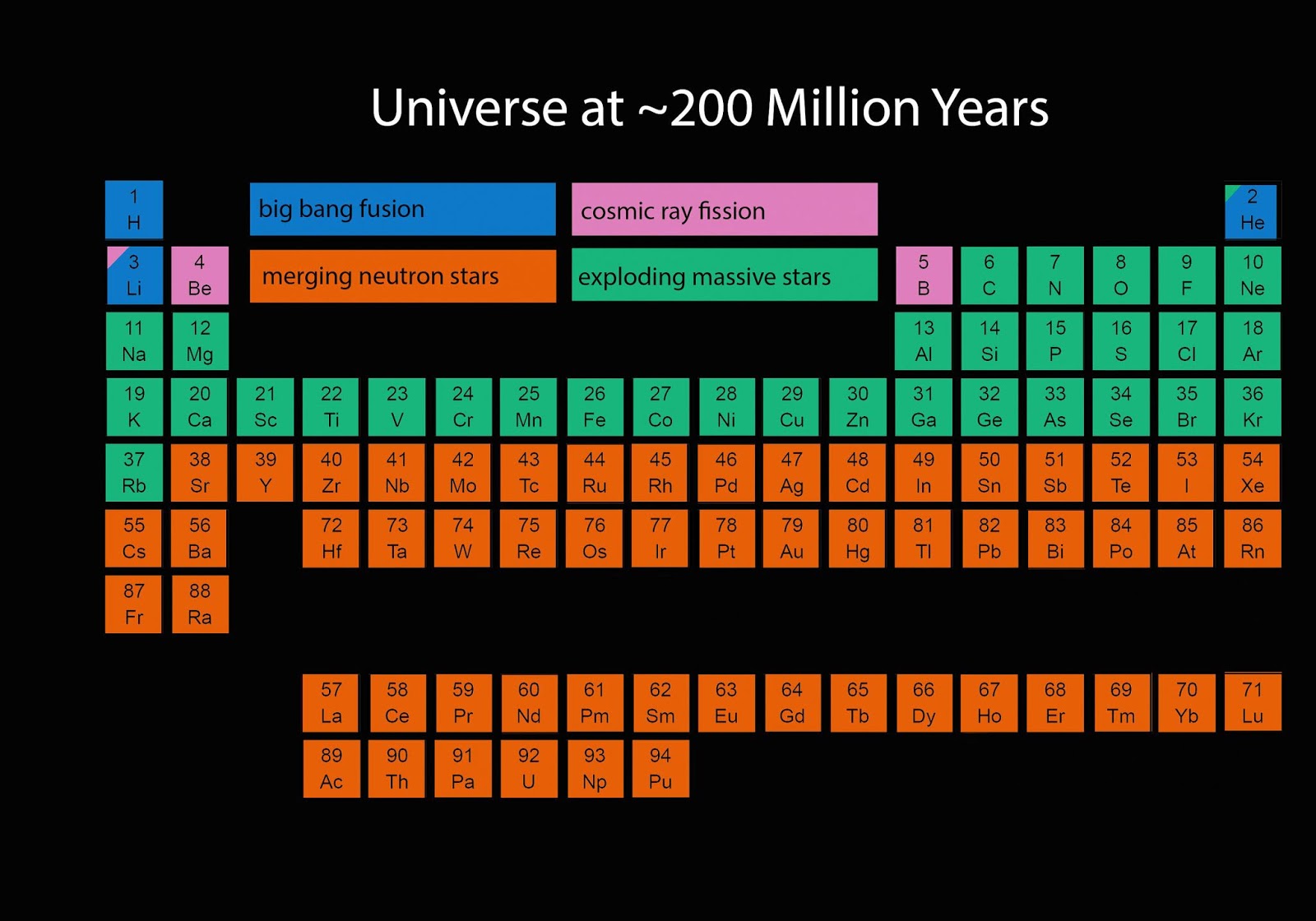 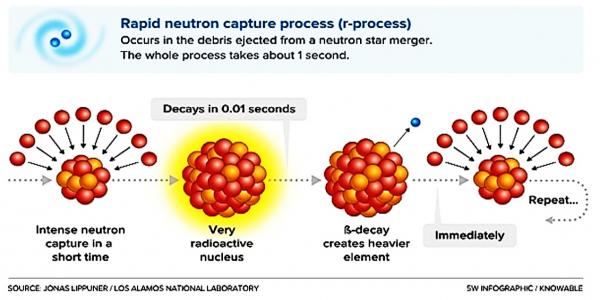 The life cycle of a neutron star - David Lunney

About once every century, a massive star somewhere in our galaxy runs out of fuel. No longer able to produce sufficient energy to maintain its structure, it collapses under its own gravitational pressure and explodes in a supernova. The death of that star is the birth of a neutron star: one of the densest known objects in the universe. David Lunney explores what, exactly, a neutron star is. Nov 20, 2018

What are neutron stars? (Astronomy)

Stars are not eternal and unchanging - they are born, live their lives, and then die. The way a star dies depends on its mass. A low mass star ends as a white dwarf. A high mass star becomes a black hole. But in between, a star becomes a neutron star. In this video we talk about which stars become neutron stars, and the physics behind their formation. Jan 4, 2015 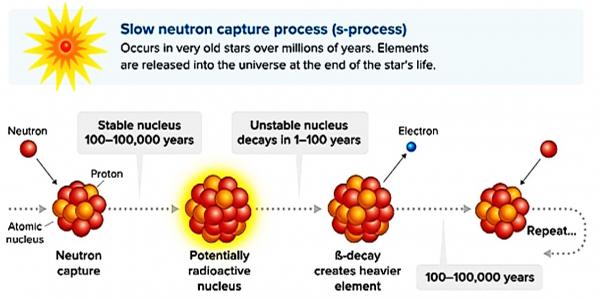 Early white dwarfs exploded at one billion years. White dwarf stars may acquire mass from a binary partner and explode and synthesize elements from silicon to zinc by multiple rapid neutron captures by nuclei 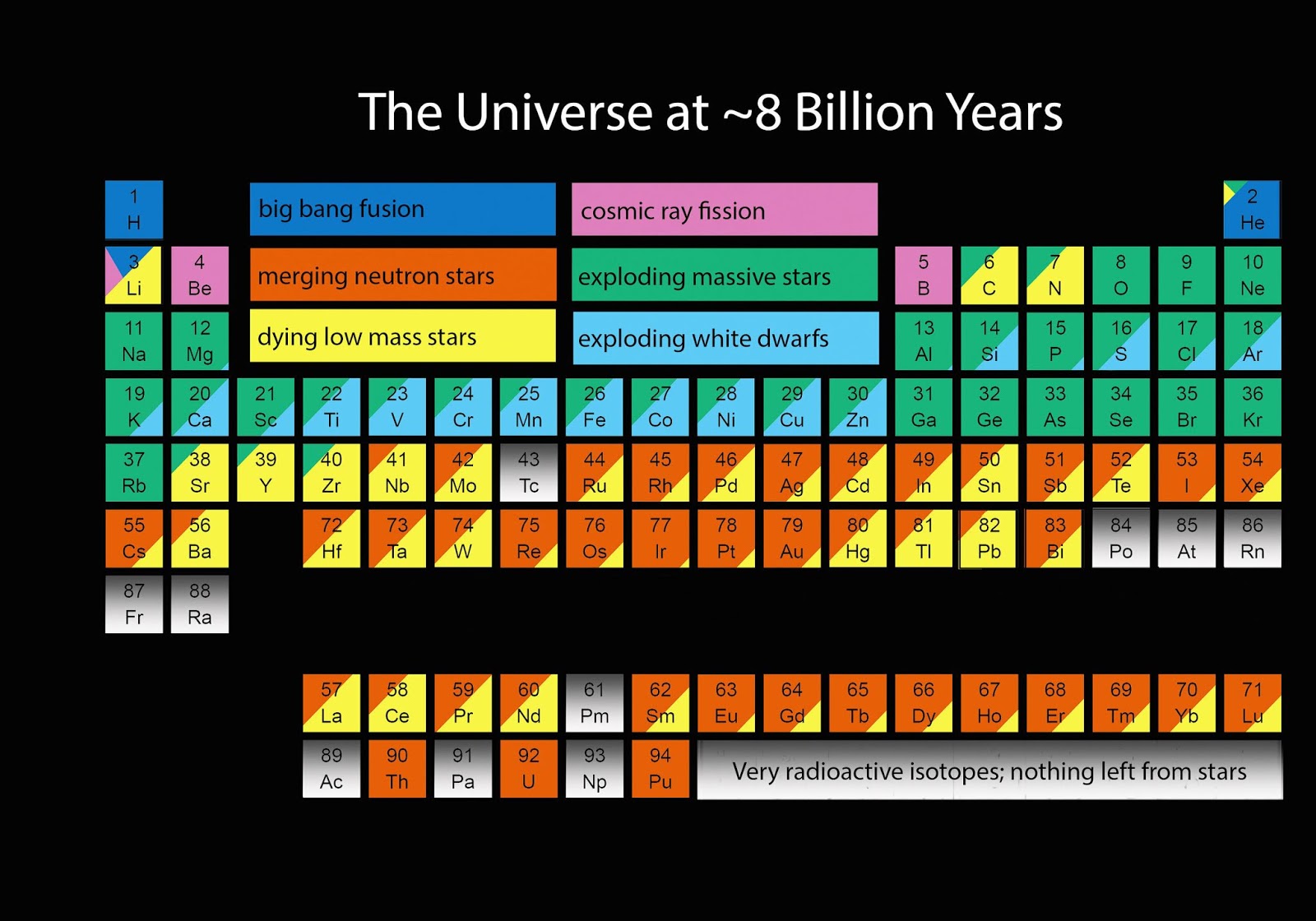 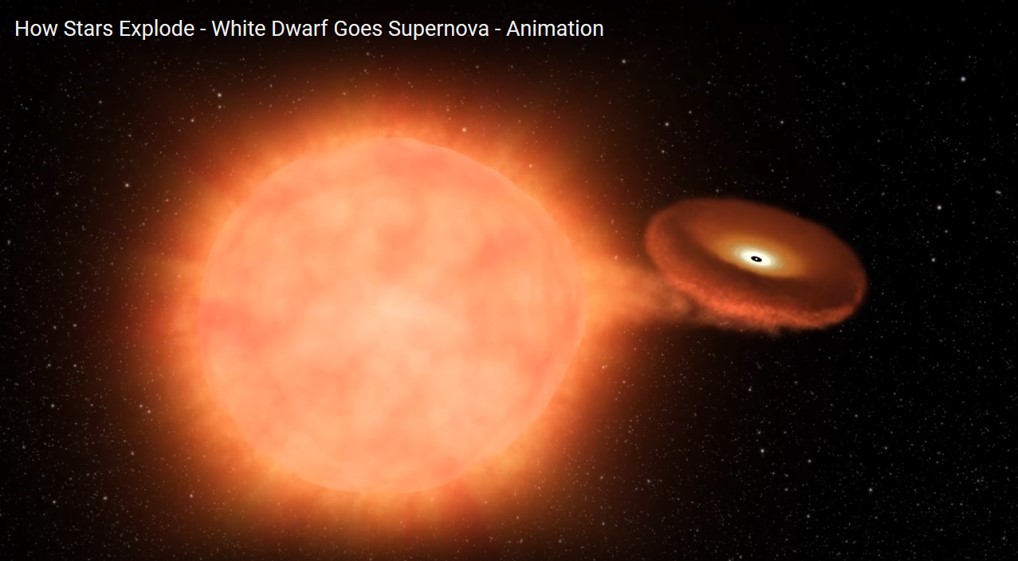 What are white dwarfs? (Astronomy)

White dwarfs are dead stars that continue to glow because of heat, not nuclear fusion. Most stars in our universe will end up as a white dwarf star. Join us to learn how white dwarfs are made, what they’re like, how long they’ll shine, and how astronomers detect them. Aug 10, 2016

Big Bang nucleosynthesis happened in a matter of minutes while free neutrons were still abundant in the early universe. Neutrons are electrically neutral and are not repelled by positively charged protons, so they can get close enough to fuse. Free neutrons are also generated by merging neutron stars, so they formation of the heaviest elements can also occur rapidly.

This is very different from stellar fusion which takes millions or billions of years because most stars do not have free neutrons and very few protons are energetic enough to overcome their coulombic repulsion. In fact protons only fuse due to quantum tunneling, which allows them to violate energy conservation briefly until they pay it back by forming a lower energy bound state. When protons fuse, some of their energy is used to transform some of them to the more massive neutrons that are found in all nuclei other than hydrogen. This process is illustrated in the animations shown below.

Stellar thermonuclear fusion releases energy when nuclei fuse at extreme densities and temperatures. Nucleosynthesis of protons produces a series of increasingly massive nuclei. The process is very rare and slow for any individual particle, but the extreme mass of a star provides an environment in which massive amounts of energy can be released for billions of years.

The fusionHe101 NetLogo model simulates the three steps of fusion that convert hydrogen nuclei into helium 4 nuclei in the interior of the Sun or a Sun-like star. First two protons fuse to form a hydrogen isotope called a deuteron or deuterium nucleus consisting of one proton and one neutron. Second, a proton fuses with a deuteron to form a helium 3 nucleus consisting of two protons and one neutron. Third two helium 3 nuclei fuse to form the more common isotope, the helium 4 nucleus consisting of two protons and two neutrons with the release of the two extra protons. The number of nuclei decreases in the first two steps and increases in the third step, but the number of nucleons does not change because any proton that is lost is transformed into a neutron.

The three steps are:

The first step is very difficult and rate which is why thermonuclear fusion of hydrogen to helium continues for about ten billion years while the Sun is on the main sequence. The first step also releases a neutrino which is non-interacting and quickly escapes the Sun at the speed of light, carrying off a small amount of energy. This step also creates a positron or anti-electron which carries the positive charge lost when one of the protons turns into a neutron. The positron quickly annihilates itself and an electron, converting their masses into electromagnetic energy via a pair of gamma rays. These photons do not travel far before being absorbed by electrons that disperse the resulting thermal energy to other particles through collisions.

The second step only takes millions of years. This process also releases energy in the form of a photon which is also quickly absorbed by an electron.

Our model has many simplifications compared to the 18000 line Fortran solar evolution model that Dr. Joyce Guzik of Los Alamos National Lab gave us in 2006. The large code provides detailed numerical properties throughout the interior of the Sun, but does not provide an easy visualization of the actual processes. Our model is much simpler and does not provide thermal properties or predictions of rates of reactions, but does help the user visualize the processes and think more deeply about what is going on in the core of the Sun.

Sun fusion slides explains in simplified terms how thermonuclear fusion in the core of the Sun converts hydrogen to helium using PowerPoint animation. This sequence of interactions is the basis of the NetLogo fusion model shown above.

five embedded videos on the origin of the elements

Astroomy 1101: From Planets to the Cosmos Online

Where did Hydrogen, Helium, and all of the other chemical elements in the Periodic Table come from? Where and when did they form? Where are they still being made in the Universe? This is part 1 of a 2-part lecture exploring the origin of the chemical elements from the Big Bang to on-going stellar nucleosynthesis. A compelling scientific answer must explain in detail not only the origin of the elements but correctly explain their relative abundances. Recorded 2015 August 11 by Prof. Richard Pogge, The Ohio State University, as part of the Astronomy 1101 GEOnline project.

Astronomy 1101: From Planets to the Cosmos Online
Where did Hydrogen, Helium, and all of the other chemical elements in the Periodic Table come from? Where and when did they form? Where are they still being made in the Universe? This is part 2 of a 2-part lecture exploring the origin of the chemical elements from the Big Bang to on-going stellar nucleosynthesis. A compelling scientific answer must explain in detail not only the origin of the elements but correctly explain their relative abundances. Recorded 2015 August 11 by Prof. Richard Pogge, The Ohio State University, as part of the Astronomy 1101 GEOnline project.

The origin of the chemical elements

Published on Mar 29, 2016
Podcast af Gertrud til kurset "uu - 2016". Have you ever wondered where all the chemical elements come from? In this video I give a brief explanation, taking you to the stars and back!

The Origin of the Elements

Jefferson Lab
The world around us is made of atoms. Did you ever wonder where these atoms came from? How was the gold in our jewelry, the carbon in our bodies, and the iron in our cars made? In this lecture, we will trace the origin of a gold atom from the Big Bang to the present day, and beyond. You will learn how the elements were forged in the nuclear furnaces inside stars, and how, when they die, these massive stars spread the elements into space. You will learn about the origin of the building blocks of matter in the Big Bang, and we will speculate on the future of the atoms around us today.
Speaker: Dr. Edward Murphy, University of Virginia Date: November 13, 2012

UC Santa Cruz astrophysics department chair Raja Guha Thakurta gave a talk entitled "The Universe of Galaxies: Dark Matter, Cannibalism, Black Holes, Gravity Waves, and the Periodic Table of Elements" on Wednesday October 9 in Spanos Theatre. We are very proud of the fact that Dr. Raja's lecture in Spanos attracted 416 attendees. This reflects well on our community, for which we are very grateful. Raja illustrated his slide presentation with the latest astronomical images, animations, and videos. This was a free public event.
Dr. Raja discussed how the materials that compose human beings and other life forms were synthesized inside the Sun's ancestral stars. Our dark matter dominated Milky Way galaxy and other galaxies like it serve as chemical recycling plants and are responsible for the richness and complexity of the Periodic Table of elements. He also discussed the lives and times of galaxies: galaxy cannibalism and mergers, black holes, gravitational waves, and the growth and evolution of galaxies from the tiniest ripples in the fabric of the early Universe.
Raja Guha Thakurta is Professor and Department Chair of Astronomy/Astrophysics at the University of California Santa Cruz. He studies the formation and evolution of galaxies large and small, with a focus on the assembly of their dark matter, dynamics, merger history, chemical enrichment, and star formation history. He makes extensive use of the Hubble Space Telescope and Keck telescopes in his research.
He is the founder and faculty director of the successful Science Internship Program, a program in which high school students are mentored by UCSC researchers and work on cutting-edge STEM research projects. He received his Ph.D. in Astrophysical Sciences from Princeton University in 1989.